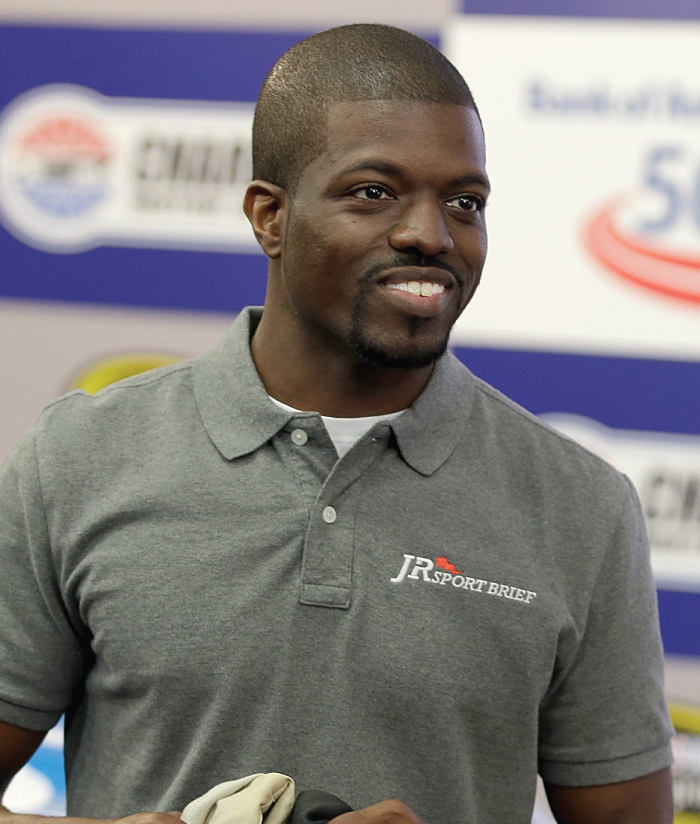 A workaholic since he was a child, JR has turned a love for sports, media and the internet into a full-time career. Whether he’s in Los Angeles interviewing Hines Ward about conditioning, in Dallas talking social media with Kevin Hart or hosting a Google+ Hangout with Pelé from London, JR is always on the move.

Before college began, JR talked his way into a marketing and events internship at VIBE Magazine at the age of 17. He turned what was supposed to be a three-month position into a year-long crash course in business, marketing, and communications. One of his early accomplishments includes being credited with arranging the first online podcast to be broadcasted directly from the web to MTV. Between his practical experience from VIBE and his business prowess from his college tenure, JR turned his attention to developing his own brand. Ten years later, JR has built an impossibly successful online sports brand, interviewed celebrities and legendary sports figures alike, visited more than 20 countries on assignment, mastered the art of marketing and online distribution, garnered more than 70 million views on his videos and consulted for various Fortune 100 companies on leveraging the power of social media.

As a self-taught media strategist, he has developed online strategies for several celebrities and brands including legendary music icon DJ Grandmaster Flash, Capital One, and Madison Square Garden. He has enjoyed sponsorship and partnerships with various companies including Mountain Dew, Degree Men, Chevy, AT&T and Arby’s. He is currently in the process of launching the SportBrief Network globally to cultivate and distribute the sports opinions of celebrities, vloggers, musicians and beat reporters, covering every sport imaginable, just as he’s done with JRSportBrief.

With so much success and online buzz, JR was tapped by HLN TV (formerly CNN Headline News) to report on sports and popular culture. He is now the network’s youngest contributor. In addition to HLN, he is now a contributor to CBS Sports Television and the NY Daily News is publishing JR SportBrief content. With 1,560 Episodes, 74 Million Views and 100,000 Subscribers, JR is just getting started.

“I’ve watched JR become the fastest growing sports blogger on the Internet. I love his knowledge and interactions with fans and athletes. I’m not surprised that he’s quickly becoming a familiar face on TV as well.”
– Gary Vaynerchuck
“This guy’s gonna take my job!”
– Dick Vitale
“[JR] continues to break through… Low key, well thought out, globally savvy and very engaging, JR has generated not just millions of views as one of the independent leaders on YouTube Sports, he has also caught the attention of leagues, and now media companies like Turner, who regularly engage him on CNN for his style and his ability to get to elite athletes and personalities. Just 27 years old, JR is already a veteran in brand engagement”
– Joe Favorito,Columbia University
“As a sports fan I know I can turn to JR to have my voice heard. As a programmer I know JR’s dynamic and participatory approach can help me reach that audience. We’re thrilled to have him in our team”
– Albie Hecht,Executive Vice President, HLN Television
"He’s an inspiring, talented young man with a bright future.”
– Daymond John,
“JR is building an impressive, wide reaching base of fans and consumers, creating a powerful platform that can mix sports and music…we look forward to working together.”
– Lyor Cohen,Former Chairman and CEO of Recorded Music for Warner Music Group
Previous
Next