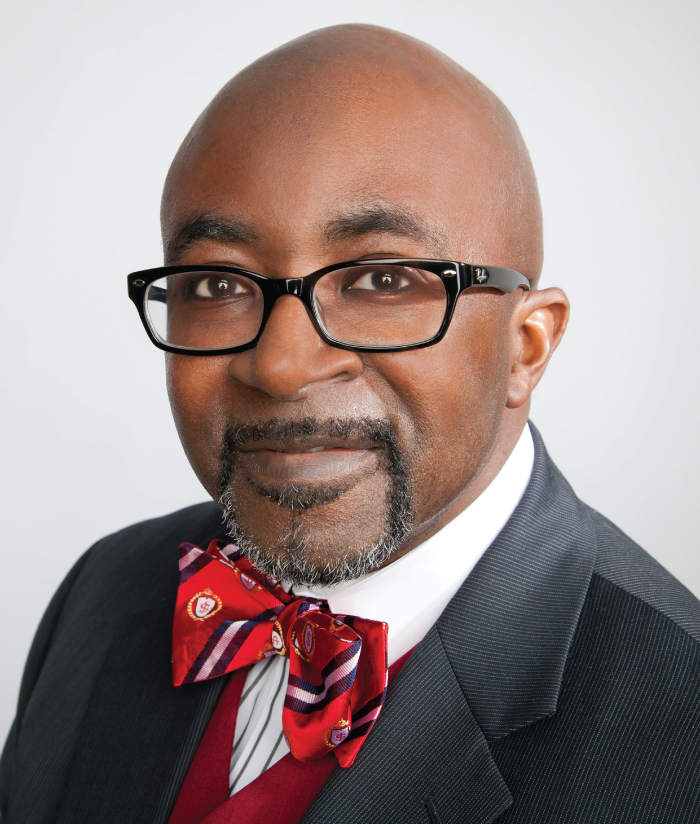 Alfred A. Edmond Jr. is an unabashed, unparalleled, vocal evangelist for the habits and behaviors that produce four types of fitness: financial, physical, mental and relationship. Sharing this dedication to achieving sustained, holistic, health in all areas of his life, Alfred’s reputation is expanding – he is becoming America’s “Successpert,” an authority on what it takes to achieve personal and professional success.

Over the last 10 years, Edmond has incorporated his passion for fitness into his own formula for success. He is an award-winning natural bodybuilding competitor over 50 years of age. In fact, fitness has become a cornerstone of his philosophy for business and life – and how he makes it all happen! Edmond’s 360-degree approach also incorporates the importance of establishing great relationships in our business and personal lives. He co-authored a best-selling relationship book, Loving in The Grown Zone with his wife. Edmond’s passionate belief in these pillars of enduring success and abundance comprise the “golden threads” of the practical knowledge and proven strategies he has learned throughout his distinguished career. Edmond’s expertise has been cultivated by more than three decades as an award-winning business journalist and live event interviewer, learning from icons such as the late, great business pioneer Reginald F. Lewis; commercial real estate mogul R. Donahue Peebles; FUBU Co-Founder and Shark Tank Star Daymond John; and Koch Industries Chairman and CEO Charles Koch. Edmond, in turn, leverages this wisdom as a nationally recognized mentor and advisor to many successful millennial and seasoned entrepreneurs and business leaders.

Edmond worked his way up the ranks at Black Enterprise until he became the Chief Editor of the premier resource for African American business from 1995 to 2008. Edmond then played an important leadership role in the transition of Black Enterprise from print magazine publisher to a digital-first multimedia content company, as Editor-in-Chief of BlackEnterprise.com from 2008 through 2010. He currently serves in the role of SVP/Executive Editor-at-Large, responsible for providing brand, marketing, and content leadership. Prior to his current role, Edmond was SVP/Chief Content Officer, responsible for overseeing marketing for all major franchises of Black Enterprise, including the magazine, television shows, web site, social media, live networking events. Edmond is a highly sought-after public speaker, moderator, and host. He has delivered keynote speeches for major corporations like Wells Fargo and international organizations such as The Youth Assembly on Social Entrepreneurship of the global Friendship Ambassadors Foundation. Edmond is a co-host, with Dee C. Marshall, of B.Lifted UP!: Lifestyle. Finance. Freedom, a national syndicated radio show focused on faith and financial wellness.

Alfred Edmond Jr. lives in New Jersey with his wife and co-author of Loving in the Grown Zone, Zara Green. He can be found working on his next speech or working out at the gym to prepare for his next bodybuilding competition.

“Alfred is a gifted speaker who skillfully connects with diverse audiences. He is an amazing talent, an authentic voice and a consummate professional who consistently delivers.”
- D. Michelle Flowers-Welch, Founder & CEO of Flowers Communications Group
“As a speaker and business competition judge, he is a trusted partner and adviser in helping us connect directly with entrepreneurs to deliver tools and programs that are critical to success. We find his passion and deep knowledge of business invaluable.”
-Wells Fargo
“Alfred Edmond Jr. is a dynamic speaker and passionate about the health of the business community. Alfred’s oratory abilities far exceeded the expectations of our planning committee! As a result of Alfred’s dynamic speech, sponsorship and attendance increased in subsequent years. It is with great pleasure that I endorse Alfred Edmond Jr.”
-Tiffany M. Newmuis,2016 Philadelphia DNC Host Committee
"It was our pleasure to host Alfred Edmond Jr. at the conference this year for a special session on entrepreneurship. Alfred gave a remarkable speech, giving our 1000 delegates, from over 100 countries, excellent words of advice and motivation that left the room buzzing. Though largely known for his work in business in the US, Alfred’s long record of mentorship of entrepreneurs meant that his speech easily transferred to our audience of social entrepreneurs from around the world. Alfred also stayed behind afterwards to further engage one to one with some of the delegates, and his inspiration left many of them more confident than ever in their projects. It was our pleasure to work with Alfred, and we hope he will return to The Youth Assembly in the future."
- Friendship Ambassador Foundation
Previous
Next